Sun-soaked Sydney has it all – plenty of surf, wildlife-packed turf and an entire cityscape of cutting-edge culture. There’s more than meets the eye in New South Wales’ capital. Architectural wonders and sweeping gold sands are what give Sydney its sunny reputation but the Harbour City is also packed with museums, heritage sites, world-renowned restaurants and dozens of stylish suburbs. With so much to see, it can be overwhelming deciding how to spend your time here. But whether you’re looking for a cosmopolitan city, non-stop beach vibes or wandering in a walking trail, we’ve got you covered in our guide to what to do in Sydney. The top 10 things to do in Sydney include: 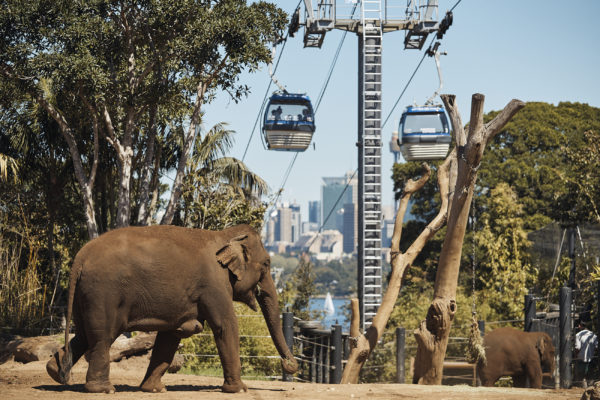 Support conservation at one of Sydney’s wildlife parks

Spot Sydney’s very own ‘big five’ from the comfort of the city at one of two wildlife parks. At WILD LIFE Sydney Zoo you’ll come face-to-face with kangaroos and koalas, wombats and platypus and of course the saltwater crocodile. There’s also plenty of talks, feedings and animal encounters throughout the day including an introduction to Topsy and Bub, the park’s very own Tasmanian Devils. For safari from the sky head to Taronga Zoo where you’ll spot over 4,000 animals from the popular gondola ride. You can also venture among the Indonesian Tiger Trek, hippo populated Rainforest Trail and underwater Sea Walk. Getting in: tickets for the Taronga Zoo Sydney and WILD LIFE Sydney Zoo are included on the Go Sydney pass. 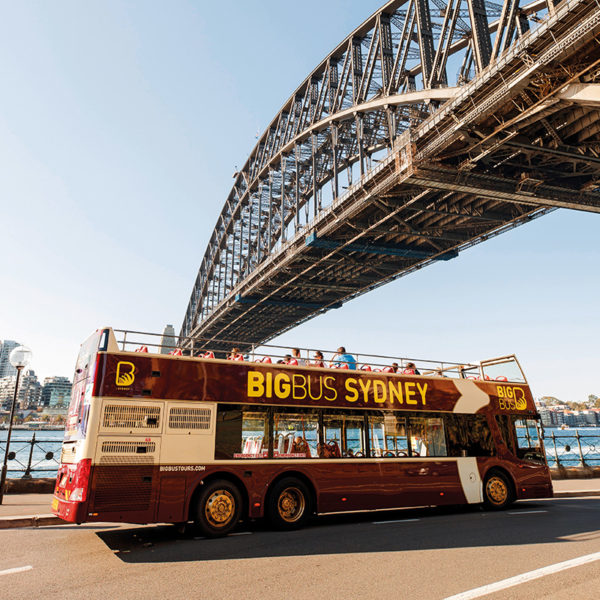 Get to grips with Australia’s seaside city with the Big Bus Hop-On-Hop-Off tour. With over 30 stops you’ll see the best of Sydney and Bondi including Darling Harbour, Bondi Beach, Sydney Tower Eye and more. You’ll have one day to explore as you choose across two different routes, both brought to life with live commentary to share Sydney’s secrets, history and fun facts. It’s also available in a choice of seven languages. Getting in: the Hop-On Hop-Off Big Bus Sydney and Bondi: One-Day Classic Tour is included on the Go Sydney pass. 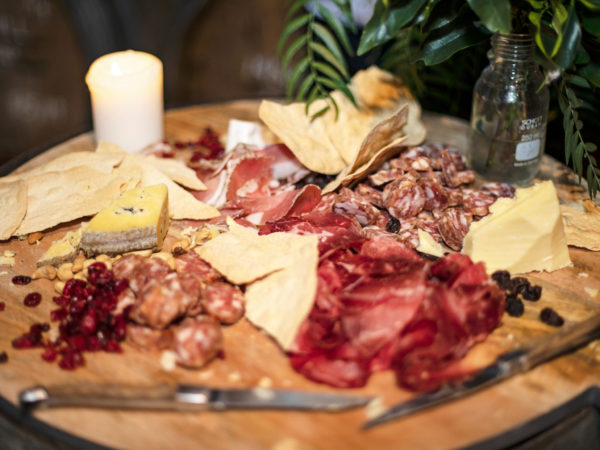 Some of the world’s best wines are made by Australian grapes and at Urban Winery, you can sip some of New South Wales’ best without having to leave the city. Sydney’s only winery brings a taste of the countryside with their award-winning selection. On their self-guided tour you can sit back and relax with six samples and a free tasting book to help you identify each grape’s unique aromas. To top it off, you can also tuck into a cheese and charcuterie board. Getting in: wine tasting at Urban Winery Sydney is included on the Go Sydney pass. 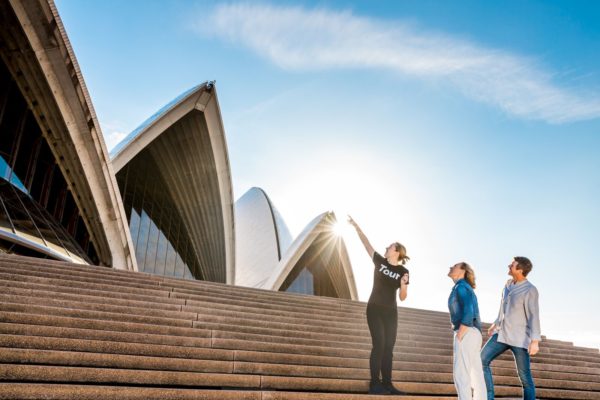 A trip to Sydney wouldn’t be complete without seeing the city’s most famous landmark. Visitors return again and again to see Sydney Opera House from the inside and out. Whether you’re a newbie or a local, there’s no better place to start than with a guided tour, granting insider access to the stage that welcomes over 1,800 performances each year. Spend one-hour going behind the scenes where you’ll learn about Jorn Utzon’s fantastic vision and capture photographs from spots off-limits to the general public. Getting in: tickets for the Sydney Opera House Tour is included on the Go Sydney pass. 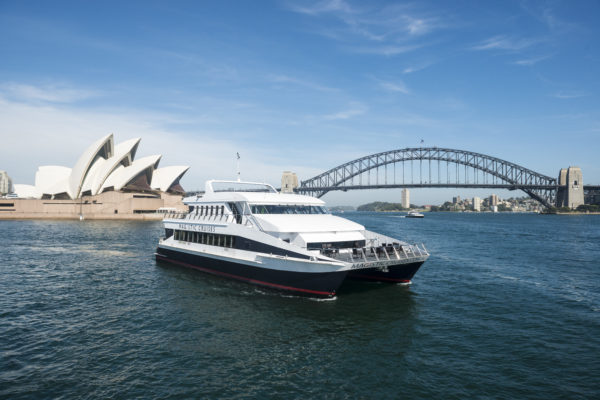 Cruise along the Sydney Harbour

Much of what Sydney has to offer is found at the city’s harbour – the Sydney Opera House, Taronga Zoo, and of course the famous Sydney Harbour Bridge. What better way to see this fantastic structure than from the water? Board an Australian-built catamaran for a two-hour tour of Sydney’s best landmarks. With a glass of bubbles or beer to toast your trip, you’ll learn all about the city’s iconic sights, history and culture whilst cruising under the mammoth Sydney Harbour Bridge. Getting in: tickets for a Magistic Cruisemart two-hour harbour sightseeing cruise are included on the Go Sydney pass.

Ride to the top of the Sydney Tower Eye

Head to the top of the city’s skyline at the Sydney Tower Eye. The 360° viewing platform looks out over famous landmarks including the Opera House, Luna Park, the Rocks and Harbour Bridge. You can also enjoy the 4D Cinema Experience with the Go Sydney pass – an immersive aerial experience over Australia with light, sound and water effects.  Getting in: tickets for the Sydney Tower Eye and 4D Cinema Experience are included on the Go Sydney pass. 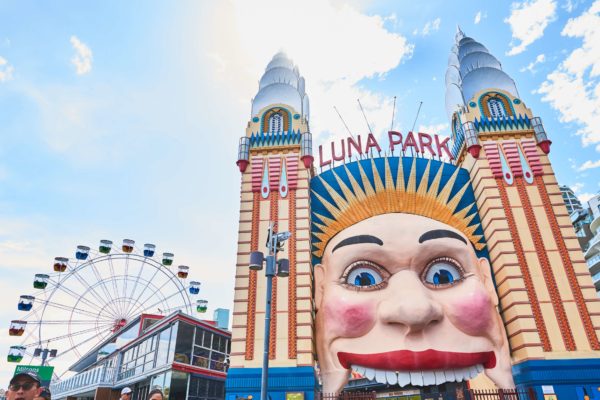 Take a step through the grinning face at the entrance of Luna Park and you’ll be rewarded with carnival games and fairground fun. Take a turn on the Moon Ranger, race your friends at Dodgem City and discover the retro rides of the Coney Island Fun House. Also don’t miss Luna Park’s very own viewpoint from the spinning Ferris Wheel. Getting in: a Luna Park 4-Ride Pass is included on the Go Sydney pass. 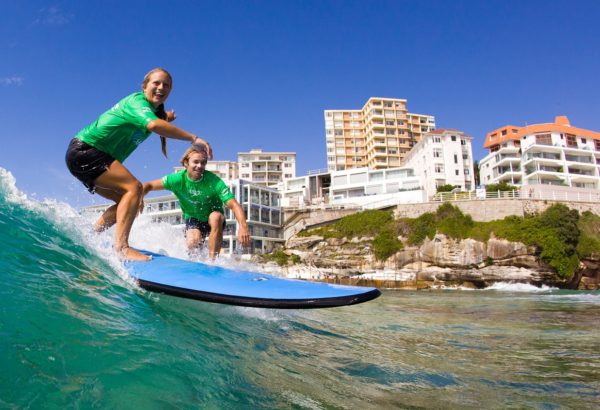 Take to the waves at Bondi Beach

Whether you’re a seasoned surfer or complete beginner, there’s no better way to experience Sydney than by riding the waves. You can get your hands on a surfboard at almost every Aussie beach including surfers paradise, Bondi. Tick off one of the world’s best surfing spots with a rented surfboard and wetsuit from Bondi Beach Surf.   Getting in: Bondi Surf: 2-hour surfboard and wetsuit rental is included on the Go Sydney pass.

Sydney is famous for its beaches, from the iconic Bondi to family-favorite Manly Beach. Among the sweeping coastline you can snorkel, swim, scuba, stand up paddleboard and of course… surf! For a quiet sunset spot head to Shelly Beach, or check out Home and Away’s sandy location at Palm Beach.  There are also plenty of tours along the oceanfront including the Bondi Coastal Walking Tour. Learn about surf lifesaving and the history of Bondi Beach whilst spotting Aboriginal rock carvings, sea views and Australia’s oldest surf lifesaving club. You might also see whales breaching in the waves if you’re lucky! Getting in: beaches in Sydney are free to visit. Tickets for the Discover Bondi Coastal Walking Tour are included on the Go Sydney pass.

If you fancy sightseeing with a side of adrenaline, take a seat on the Sydney jet ride. This thrilling speedboat whizzes through the water at 50 mph, taking on 270° spins, slides and power brake stops across the waves. In between the action, take in the Sydney sights including the Opera House, Fort Denison, Rose Bay and more, narrated by your captain. Getting in: tickets for the Sydney Jet Thrill Ride Boat Tour are included on the Go Sydney pass.

Save on Admission to Sydney Attractions

Explore the top things to do in Sydney with the Go Sydney pass. Select from top attractions with our flexible sightseeing pass where you’ll get access to river cruises, tours, activities and other fun ways to explore the Australian city.